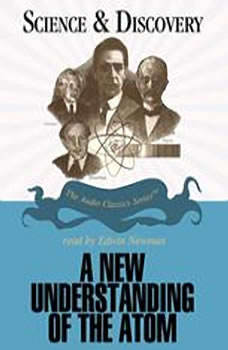 A New Understanding of the Atom

The concept of the atomthe smallest physical building block of naturehas been around at least since ancient Greece. Leucippus and Democritus conceived of a mechanical or physical atom; in the Middle Ages the Islamic philosophers Ibn Rushd and Agostino Nifo added a chemical role to atomic theory. In the 17th century, Descartes mechanical philosophy extended the idea of a corpuscle moving in a plenum; and Robert Boyle suggested the possibility of subatomic particles. During the 18th and 19th centuries, atomic theory was involved in the growing understanding of chemistry and in debates about whether light is made of particles or waves. Atoms also were used to theoretically explain electricity, especially after J.C.Maxwell in 1873 showed that light, electricity, and magnetism are all forms of electromagnetic radiation. J.J. Thompson discovered the electron in 1897, stimulating interest in the internal structure of the atom. Prominent models of the atom included Kelvins vortex model (1867), Thompsons plum pudding model (1904), and Rutherfords nuclear model (1911). Experimental and theoretical problems began to undermine classical physical theory, and in 1900 Max Panck postulated the quantuma smallest possible unit of energy. Energy thus became atomized; in 1905. Einsteins studies of the photoelectric effect suggested that light itself is atomized. In 1912, Neils Bohr created an atomic model that has rings of orbiting electrons, thus accommodating quantum theory and the latest experimental results. Continued elaboration of this model produced whats called the Copenhagen Interpretation; this conception of the atom explains experimental results yet it abandons precise definition of atomic behavior, abandons classical continuity in favor of quantum discontinuity, uses statistics rather than unambiguous definition, and abandons many traditional notions of determinism and causality.

A New Understanding of the Atom
The Science and Discovery Series