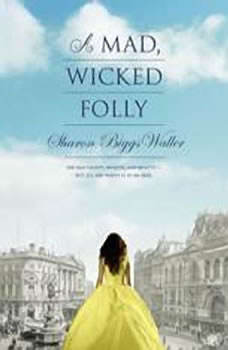 Welcome to the world of the fabulously wealthy in London, 1909, where dresses and houses are overwhelmingly opulent, social class means everything, and women are taught to be nothing more than wives and mothers. Into this world comes seventeen-year-old Victoria Darling, who wants only to be an artist—a nearly impossible dream for a girl.

After Vicky poses nude for her illicit art class, she is expelled from her French finishing school. Shamed and scandalized, her parents try to marry her off to the wealthy Edmund Carrick-Humphrey. But Vicky has other things on her mind: her clandestine application to the Royal College of Art; her participation in the suffragette movement; and her growing attraction to a working-class boy who may be her muse—or may be the love of her life. As the world of debutante balls, corsets, and high society obligations closes in around her, Vicky must figure out: just how much is she willing to sacrifice to pursue her dreams?

Swede escape! Calista Swanson has begun her study abroad semester in Stockholm, Sweden, and she couldn’t be happier! There’s finally some distance between her and the constant piano-playing of her annoying sister Suzanne. Calista and Suz...

Pamela L. Laskin’s beautiful and lyrical novel in verse delivers a fresh and captivating retelling of Shakespeare’s Romeo and Juliet that transports the star-crossed lovers to the modern-day Israel-Palestine conflict.Ronit, an Israeli g...