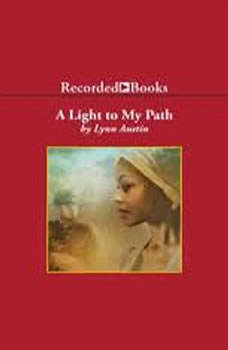 A Light To My Path

Renowned author Lynn Austin has received three Christy Awards for Historical Fiction—two for the first books in this Refiner’s Fire series. Raised on a South Carolina plantation as the house pet of her white master’s daughter, Kitty never made a decision for herself. Now as a young adult, she must preserve her faith while making the biggest decision ever: stay with her master and go south to avoid the Yankees or run away tonight for the North with Grady, the field slave she has come to love.

Gods and Kings
by Lynn Austin

A Moment of Weakness
by Karen Kingsbury

Karen Kingsbury’s dozens of inspirational novels, with over two million copies in print, have touched hearts and souls across the country. A Moment of Weakness continues the saga of romance and faith begun in Waiting for Morning. After near...

Faith of My Fathers
by Lynn Austin

Acclaimed author Lynn Austin has won three Christy Awards for her work in historical fiction. The king’s sudden death leaves his son Manasseh as the new ruler. Overcome with sorrow, Manasseh is angry toward God and begins a reign of terror t...