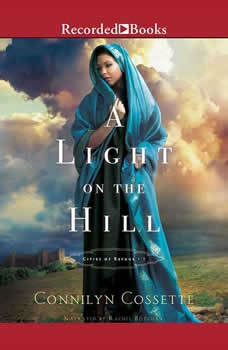 A Light on the Hill

After being branded during the battle of Jericho, Moriyah has had no prospects for marriage--until now. She hopes to please the man, but things go horribly wrong and she is forced to flee for her life. Seeking safety at one of the Levitical cities of refuge, she is unprepared for the dangers she faces, and the enemies--and allies--she encounters on her way. Seven years ago, Moriyah was taken captive in Jericho and branded with the mark of the Canaanite gods. Now the Israelites are experiencing peace in their new land, but Moriyah has yet to find her own peace. Because of the shameful mark on her face, she hides behind her veil at all times and the disdain of the townspeople keeps her from socializing. And marriage prospects were out of the question . . . until now. Her father has found someone to marry her, and she hopes to use her love of cooking to impress the man and his motherless sons. But when things go horribly wrong, Moriyah is forced to flee. Seeking safety at one of the newly-established Levitical cities of refuge, she is wildly unprepared for the dangers she will face, and the enemies--and unexpected allies--she will encounter on her way.

Until The Mountains Fall
Cities of Refuge #3