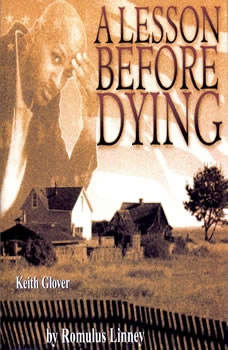 A Lesson Before Dying

Based on Ernest J. Gaines National Book Critics Circle Award-winning novel, A Lesson Before Dying is set in a small Louisiana Cajun community in the late 1940s. Jefferson, a young illiterate black man, is falsely convicted of murder and is sentenced to death. Grant Wiggins, the plantation schoolteacher, agrees to talk with the condemned man. The disheartened Wiggins had once harbored dreams of escaping from his impoverished youth, yet he returned to his home town after university, to teach children whose lives seemed as unpromising as Jeffersons. The two men forge a bond as they come to understand what it means to resist and defy ones own fate. An L.A. Theatre Works full-cast performance featuring: Rick Foucheux as Paul Bonin Keith Glover as Grant Wiggins Jamahl Marsh as Jefferson Linda Powell as Vivian Baptiste Jefferson A. Russell as Reverend Moses Ambrose Jerry Whiddon as Sam Guidry Beatrice Winde as Emma Glenn Directed by Nick Olcott. Recorded at Voice of America in Washington DC.

An enigmatic young woman. A manipulative sister. Their brilliant father. An unexpected suitor. One life-altering question. The search for the truth behind a mysterious mathematical proof is the perplexing problem in David Auburn's dynamic play. Star...