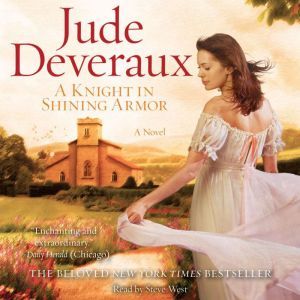 A Knight in Shining Armor

Once upon a time . . . as a fair maiden lay weeping upon a cold tombstone, her heartfelt desire was suddenly made real before her: tall, broad of shoulder, attired in gleaming silver and gold, her knight in shining armor had come to rescue his damsel in distress. . . .