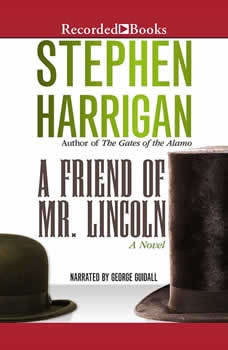 A Friend of Mr. Lincoln

THE GATES OF THE ALAMO author Stephen Harrigan returns to his historical fiction roots, reimagining Abraham Lincoln's early life when he was a young lawyer and rising politician in Springfield, Illinois. Told from the point-of-view of Lincoln's best friend, it starts during the Blackhawk War (in which Lincoln served) and ends in the mid-1840's, when Lincoln goes off to Washington after being elected to Congress and his friend heads west with the Donner Party. The novel is about a crucially formative period in Lincoln's life, when he was ruled by an almost ungovernable ambition, beset by bouts of depression, sometimes ruthlessly trying to advance himself while tortured with self-doubt and questions of personal honor. It tracks his strange on-and-off relationship with Mary Todd, his sudden and puzzling marriage to her, the duel he almost fought with a political opponent, his pragmatic and sometimes contradictory stands on slavery, his desire to be a poet, and his true-to-life flirtation with suicide--all in all, a portrait of a young politician on the make, deeply principled but also deeply flawed.