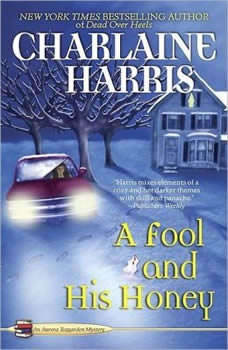 A Fool and His Honey

Family secrets step to the forefront in this dazzling mystery from NYT best-selling author Charlaine Harris. When her husband’s niece shows up unexpectedly, drops off a baby, and disappears, Aurora is overwhelmed. And then the niece’s husband turns up dead, having met his demise at the end of an ax blade.

From the New York Times best-selling author of Dead Over Heels and the Sookie Stackhouse novels. Roe is still in mourning over her husband's death when a movie company arrives in Lawrenceton. They've come to make a film based on a book written by he...

A Fool and His Honey
The Aurora Teagarden Mysteries seri...