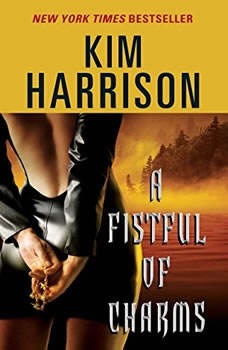 A Fistful of Charms

The evil night things that prowl Cincinnati despise witch and bounty hunter Rachel Morgan. Her new reputation for the dark arts is turning human and undead heads alike with the intent to possess, bed, and kill her—not necessarily in that order. Now a mortal lover who abandoned Rachel has returned, haunted by his secret past. And there are those who covet what Nick possesses—savage beasts willing to destroy the Hollows and everyone in it if necessary. Forced to keep a low profile or eternally suffer the wrath of a vengeful demon, Rachel must nevertheless act quickly. For the pack is gathering for the first time in millennia to ravage and to rule. Suddenly, more than Rachel's soul is at stake.

In this novel in Jim Butcher’s #1 New York Times bestselling series, an old debt puts Chicago wizard Harry Dresden in harms way...Harry’s life finally seems to be calming down. The White Council’s war with the vampiric Red Court is...

A Fistful of Charms
Hollows #4

For a Few Demons More
Hollows #5