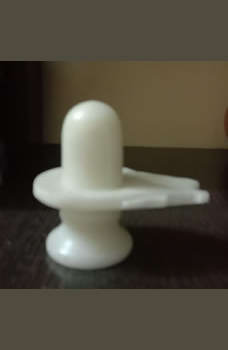 A few hymns on Lord Shiva

Lord Shiva is one of the important deities of Hinduism. He is generally represented in the form of a small pillar reverentially called as the ‘Lingam’, symbolizing all universe. For a sincere devotee, the Lingam is the radiant light or consciousness.

Stotras are a type of popular devotional literature. A stotra is a hymn of the outpourings of the heart of a devotee of God. This is generally in the form of a poem.

The subject matter of these stotras may be for petitioning to the deity for small comforts of life here and now. Like for example: request for pardon of sins committed knowingly or unknowingly, prayer for the removal of problems and difficulties in life, request for the grant of the good things of life, desire for obtaining knowledge etc. Or it may be on some lofty ideals, or sublime heights of philosophy or mystical experience.

The hymns of the stotras thus praise the aspects of the divine like Lord Shiva, Lord Vishnu, Goddess Parvathi etc. There is generally a poetic structure and they have been composed by great saints. The stotras are thus generally simple poems expressing praise and personal devotion of a deity. People generally recite these hymns for getting relief from the problems of daily life and for obtaining peace and tranquillity.

This book contains nine such hymns on Lord Shiva. Two of them are in Tamil and the remaining seven in Sanskrit. The recitation of each of these hymns is preceded by a brief idea about the contents of that hymn.