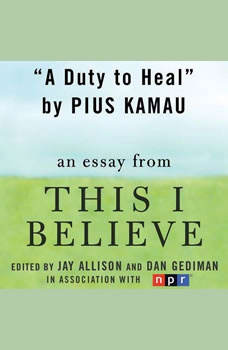 A Duty to Heal: A "This I Believe" Essay

Surgeon Pius Kamau describes caring for patients regardless of their racial views in "A Duty to Heal", his contribution to NPR’s This I Believe series.