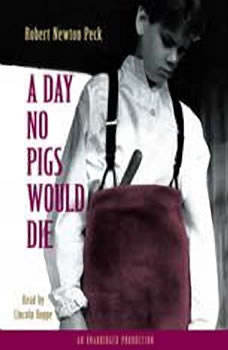 A Day No Pigs Would Die

Series: A Day No Pigs Would Die

Originally published in hardcover in 1972, A Day No Pigs Would Die was one of the first young adult books, along with titles like The Outsiders and The Chocolate War. In it, author Robert Newton Peck weaves a story of
a Vermont boyhood that is part fiction, part memoir. The result is a moving coming-of-age story that still resonates with teens today.