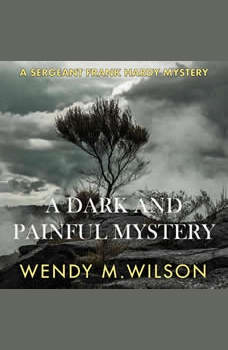 A Dark and Painful Mystery

NEW ZEALAND, 1878: Has the missing man been murdered in the dense bush, or has he simply abandoned his wife and children for another woman?

Sergeant Frank Hardy and his new wife Mette attempt to solve two real mysteries from nineteenth century New Zealand: the whereabouts of Peter Kane, who left his home to look for work and did not return, and the brutal murder of an accommodation house owner who was splitting palings in the bush. Were they connected? If so, how?

As one newspaper said at the time about the Peter Kane disappearance:

"...the fate of the poor fellow may be cleared up, and the state of horrible suspense in which his unfortunate wife has been kept in for months brought to an end; and we would ask not only the people of Woodville, but of the other districts he may have visited, to take all possible steps to throw light upon what at present appears to be a dark and painful mystery." The Manawatu Times, Volume III, Issue 81, 20 July 1878

This engaging novella is perfect for readers who have enjoyed the other three Sergeant Frank Mysteries, or who love Australian writers Paul Haworth, and Peter Carey, or historical mystery writers Anne Perry and Charles Todd.

Characters are brought to life by the talented voice actor Sam Devereaux.

Get 5% off your total order by adding 3 or more audiobooks from The Sergeant Frank Hardy Mysteries;

A Dark and Painful Mystery
The Sergeant Frank Hardy Mysteries;

Not the Faintest Trace
The Sergeant Frank Hardy Mysteries;