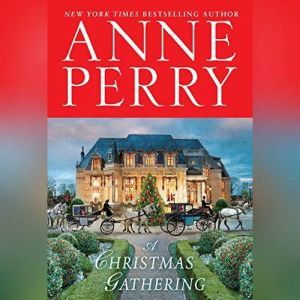 A cold case adds an extra chill to the holiday season as bestselling author Anne Perry whisks readers to an English country house for a Christmas of secrets, soul-searching, and forgiveness. As beautiful as it may be, their friends' country home is not where Lady Vespasia wishes to spend Christmas with her new husband, Victor Narraway. She'd rather pass a relaxing holiday at home with him--especially because Victor, former head of the London Special Branch, seems to be hiding some undercover dealings with the other guests who have gathered in the spacious home. As tensions grow among the couples, the young and beautiful Iris Watson-Watt becomes the center of several men's focus. Unbeknownst to Vespasia, Iris carries a message for Victor that may help unmask a British traitor. As Victor plots his moves, he is reminded of a similar case from twenty years before, when a young Frenchwoman also carried a clandestine message--one that resulted in her murder, still unsolved to this day. Victor has always been tormented by his failure to protect her--and now, with all eyes on Iris, Victor must act fast before history repeats itself. With the joy of Christmas at risk of being forgotten and Vespasia feeling alone on this holiday meant to be shared with loved ones, Victor must ultimately learn to forgive himself.