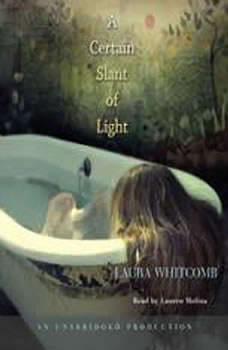 A Certain Slant of Light

Someone was looking at me, a disturbing sensation if you’re dead.
Though I could not feel paper between my fingers, smell ink, or taste the tip of a pencil, I could see and hear the world with all the clarity of the Living. They, on the other hand, did not see me as a shadow or a floating vapor. To the Quick, I was empty air.
Or so I thought.

In the class of the high school English teacher she has been haunting, Helen feels them: For the first time in 130 years, human eyes are looking at her. They belong to a boy, a boy who has not seemed remarkable until now. And Helen–terrified, but intrigued–is drawn to him. The fact that he is in a body and she is not presents this unlikely couple with their first challenge. But as the lovers struggle to find a way to be together, they begin to discover the secrets of their former lives and of the young people they come to possess.

For Janie and Cabel, real life is getting tougher than the dreams. They’re just trying to carve out a little (secret) time together, but no such luck. Disturbing things are happening at Fieldridge High, yet nobody’s talking. When Janie ...

For seventeen-year-old Janie, getting sucked into other people’s dreams is getting old. Especially the falling dreams, the naked-but-nobody-notices dreams, and the sex-crazed dreams. Janie’s seen enough fantasy booty to last her a lifeti...

Sixteen-year-old Kaye is a modern nomad. Fierce and independent, she drifts from place to place with her mother’s rock band until an ominous attack forces Kaye back to her childhood home. There, amid the blue-collar New Jersey backdrop, Kaye f...