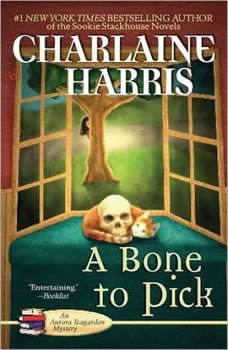 A Bone to Pick

In this second Aurora Teagarden mystery from Anthony Award winner Charlaine Harris, “Roe” unexpectedly inherits a house and a fortune when a fellow Real Murders Club member dies. But things take a turn for the macabre when Roe discovers a human skull hidden in her new home’s window seat.

Anthony Award-winning author Charlaine Harris’ fourth entry from her Lily Bard mystery series is a critically acclaimed gem. Trying to keep a low profile as a cleaning lady, Lily gets sucked into a murder investigation when one of her clients ...

From the New York Times best-selling author of Dead Over Heels and the Sookie Stackhouse novels. Roe is still in mourning over her husband's death when a movie company arrives in Lawrenceton. They've come to make a film based on a book written by he...