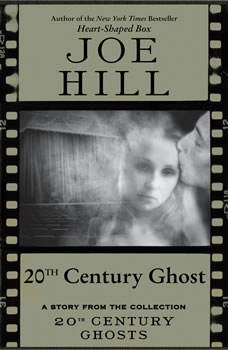 A dazzlingly original, award-winning collection of visions and nightmares from the New York Times bestselling author of Heart-Shaped Box.Imogene is young and beautiful. She kisses like a movie star and knows everything about every film ever made. She's also dead and waiting in the Rosebud Theater for Alec Sheldon on an afternoon in 1945 . . . Arthur Roth is a lonely kid with big ideas and a gift for attracting abuse. It isn't easy to make friends when you're the only inflatable boy in town . . . Francis is unhappy. Francis was human once, but that was then. Now he's an eight-foot tall locust and everyone in Calliphora will tremble when they hear him sing . . . John Finney is locked in a basement that's stained with the blood of half a dozen other murdered children. In the cellar with him is an antique telephone, long since disconnected, but which rings at night with calls from the dead . . . The past isn't dead. It isn't even past . . .