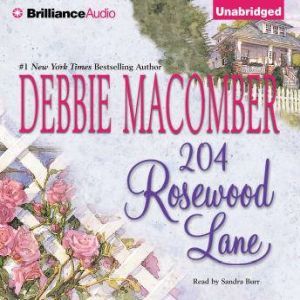 Grace Sherman204 Rosewood LaneCedar Cove, WashingtonDear Listener,If you've been to Cedar Cove before we've probably met. You can usually find me either at home or at the public library, where I work. I've lived in this town all my life and raised two daughters here. But my husband and I—well, about six months ago, he disappeared. Just…disappeared. Where's Dan? Why did he go? Who's he with? Will I ever find out?My hometown, my family and friends, bring me comfort during this difficult time. Comfort and a sense of shelter. I'm continually reminded that life can and does go on. For instance, everyone's been discussing weddings and babies lately. Justine—the only daughter of my best friend, Olivia Lockhart—impulsively got married a little while ago. My own daughter Kelly recently had a baby. Unfortunately, she refuses to accept that Dan might not return to see his first grandchild. My older daughter, Maryellen, is more realistic. I think she's seeing a new man, but for some reason she won't tell me who it is.Then there's Jack, who's been pursuing a romance with Olivia, and his son, Eric, and Eric's girlfriend, Shelly (I think she's pregnant), and Zach and Rosemary Cox, whose marriage is reputedly on the skids and…well, just come on over and we'll talk!Grace