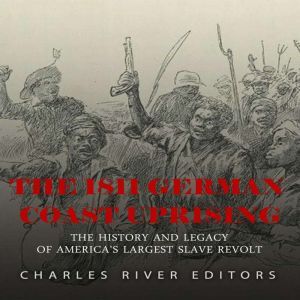 1811 German Coast Uprising, The: The History and Legacy of America's Largest Slave Revolt

While Nat Turner’s rebellion remains famous today, a far larger uprising took place a generation earlier. In January 1811, hundreds of slaves in Louisiana attempted to make a new beginning for themselves or die trying. Armed with muskets, cane knives, and axes, and wearing stolen United States militia uniforms, they set out to conquer the city of New Orleans. The goal was to establish a free republic where slavery was outlawed and blacks had control over their own lives. Understandably discontented with their status and no longer willing to accept it, they were ready to engage in extreme violence to win their freedom, fully aware that death would be the only alternative.

Between the arrival of first slave ship in Virginia in 1619 and the Emancipation Proclamation in 1863, there were more than 250 incidents of rebellions by 10 or more slaves on present-day United States territory, dating as far back as the 1739 Stono rebellion in South Carolina. But the German Coast Uprising in 1811 was the largest act of armed resistance against slavery in American history, and more than 100 slaves died during or as a result of the German Coast Uprising, whereas fewer than 30 were killed in action or as punishment for Nat Turner’s uprising. The 1811 insurrection also involved the largest mix of slave participants, combining African- and American-born slaves, and both men and women. The rebels of 1811 were inspired to a great degree by the most successful slave uprising in history, which had occurred the previous decade in the French colony of Saint Domingue (modern Haiti). There, thousands of enslaved workers there launched an organized rebellion, expelling all whites from the territory and establishing an independent state. The German Coast Uprising was also inspired by charismatic, powerful, and dedicated leaders.