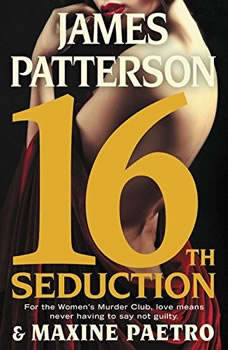 The Instant #1 New York Times and USA Today BestsellerDetective Lindsay Boxer investigates the most explosive case of her career.Lindsay Boxer is learning to love again. After the picture-perfect world she shared with her husband, Joe, and their beautiful young daughter shattered under the weight of Joe's double life, Lindsay is determined to put the pieces back together. But before she can welcome Joe back with open arms, their beloved hometown of San Francisco faces a threat unlike any the city--or the country--has ever seen. When the danger hits even closer to home, Lindsay and Joe find a common cause and spring into action, with quick results. But what at first seems like an open-and-shut case quickly turns into anything but, when the suspect threatens everything that Lindsay has worked a lifetime to build. As Lindsay's investigation is scrutinized and undermined by a criminal as brilliant as any high-powered defense lawyer, and her motives are called into question by everyone she thought had her back, not even the truth may be enough to save her. In a desperate fight for her career--and her life--Lindsay must connect the dots of a deadly conspiracy before a fiendish enemy puts her on trial-and walks free with blood on his hands.Filled with the trademark suspense and emotion that have made James Patterson the world's #1 bestselling writer, 16th Seduction is the Women's Murder Club's toughest case yet--and an exhilarating thrill ride from start to finish.