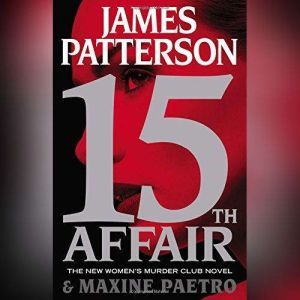 Detective Lindsay Boxer chases an elusive, possibly very dangerous suspect...her husband, Joe.Lindsay Boxer has a beautiful baby daughter and a husband she loves unconditionally. She'd always been too focused on her career as a San Francisco police detective to wonder what domestic bliss might feel like, but now she knows, and she's never been happier. She can't imagine that a brutal murder at a luxury hotel, and the disappearance of a gorgeous blond woman from the scene, could have anything to do with her own life and marriage--yet soon both are unraveling, and Lindsay can't ignore disturbing clues that hit very close to home. Just as bombs are starting to go off in her personal life, an explosive tragedy rocks San Francisco, plunging the city into chaos. Pressed into duty to investigate a criminal plot that stretches around the globe, Lindsay again finds herself following signs that lead to her own front door. Thrown into a tailspin and fighting against powerful enemies trying to protect their operatives and conceal the truth at all costs, Lindsay turns to the Women's Murder Club for help as she desperately searches for the elusive, and deadly, blonde before she loses Joe for good. Filled with the pulse-pounding intrigue that has made James Patterson the world's #1 bestselling writer, 15th Affair is an emotionally charged story that proves all is fair in love, war, and espionage. 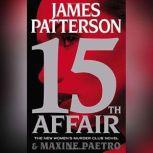 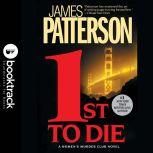