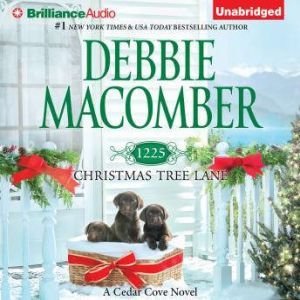 The people of Cedar Cove know how to celebrate Christmas. Like Grace and Olivia and everyone else, Beth Morehouse expects this Christmas to be one of her best. Her small Christmas-tree farm is prospering, her daughters and her dogs are happy and well, and her new relationship with local vet Ted Reynolds is showing plenty of romantic promise.But...someone recently left a basket filled with puppies on her doorstep, puppies she’s determined to place in good homes. That’s complication number one. And number two is that her daughters Bailey and Sophie have invited their dad, Beth’s ex-husband, Kent, to Cedar Cove for Christmas. The girls have visions of a mom-and-dad reunion dancing in their heads.As always in life — and in Cedar Cove — there are surprises, too. More than one family’s going to have a puppy under the tree. More than one scheme will go awry. And more than one romance will have a happy ending!What would the holidays be without a new Christmas story from Debbie Macomber?

I waited a long time for this final book in the series. Sorry to say, it was not worth the wait. The author short changed us, while the book is listed as having 400 pages. The story is less then 300 pages. A short story was added for filler. While all story lines were tied up in this book, it was not at all interesting. 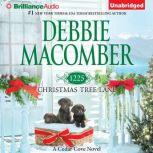