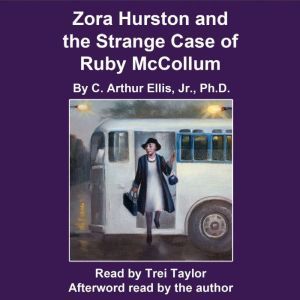 Zora Hurston and the Strange Case of Ruby McCollum

In the timber camps of North Florida in the 1930s, Zora Neale Hurston, a famous African-American anthropologist and author, discovered the unwritten segregationist law allowing a white man to force a white woman to have his children. Dr. Ellis coined the term "paramour rights" and attributed it to Hurston's character in this novel. Twenty years later, she received an assignment from the Pittsburgh Courier to cover the murder trial of Ruby McCollum, a wealthy colored woman accused of slaying a white physician who had recently been elected to the Florida state senate--and rumored to be her lover and father of one of her children. Intrigued by what she considered a case of paramour rights, Hurston accepted the Courier assignment. What she discovered in the small town of Live Oak was a sordid tale of interracial sex, greed, drugs and murder, concealed by the guilty silence of its fearful citizens who did not want their secret involvement in the subterranean world of illegal gambling and liquor sales to be revealed. To paraphrase Hurston, she felt that the story played itself out in a conspiracy of silence, behind a curtain of secrecy. The audio version of the story contains a new Introduction and Afterword read by the author, while the novel itself is read by the talented Trei Taylor, who brings a unique depth of character to Zora Neale Hurston.