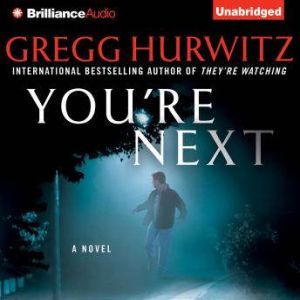 Mike Wingate had a rough childhood—he was abandoned at a playground at four years old and raised in foster care. No one ever came to claim him, and he has only a few, fragmented memories of his parents. Now, as an adult, Mike is finally living the life he had always wanted—he’s happily married to Annabel, the woman of his dreams; they have a precocious eight-year-old daughter, Kat; and his construction company is about to finish a “green” housing development that will secure a solid future for them all. Then the unimaginable happens: Something from Mike’s own past, a past he doesn’t even remember, comes back to visit terror upon him and his family.Menacing characters show up and begin threatening Mike, and when he reports them, the police seem more interested in Mike’s murky past than in investigating or protecting his young family. Now, with Mike, his wife, and their daughter suddenly under attack from all sides, Mike must turn to Shep, a truly dangerous man—and Mike’s only true friend—from their childhood days together in foster care. Together, the two of them will do whatever it takes to protect Mike’s family against the hidden men behind the terrifying warning “You’re Next!”