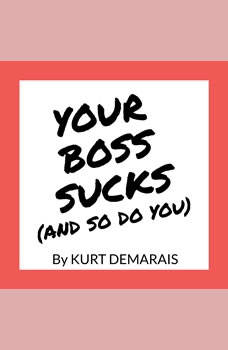 YOUR BOSS SUCKS (And So Do You)

We have never been in more need of great leaders than we are today, across all areas of society: business, politics, and within our families. If you want to supercharge and transform your leadership, and elevate your relationships, this eBook will give you access to the information and tools you need to do just that. Learn how to consistently be at your best and help others around you to be at their best. Anyone can UNSUCK their leadership, but we all need to know what is causing us to suck in the first place. This eBook will give you the answer, and provide you with a solution that is simple, easy, and actionable. It is up to you to take the first step and read this short volume. It has the potential to change your life, and the lives of those around you - for the better!