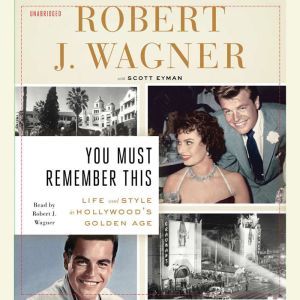 You Must Remember This: Life and Style in Hollywood's Golden Age

Film and television star Robert Wagner has been delighting audiences for more than sixty years, and his many fans flocked to bookstores when he began to record his memories on the page. In his second New York Times bestseller, Wagner shares stories of Hollywood life behind the scenes from the 1930s through the 1950s. As poignant as it is revealing—and filled with magical moments like Judy Garland singing Gershwin at a dinner party thrown by Clifton Webb and golf games with Fred Astaire—You Must Remember This is Wagner’s tender farewell to a legendary era.