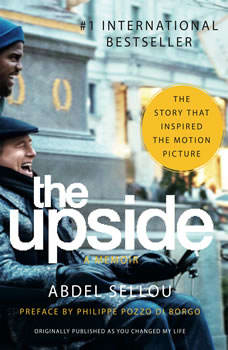 You Changed My Life: A Memoir

My gift? Insensitivity. I was a human fortress inside - Superman and his colleagues were nothing. I was convinced that the world counted on real, and rare, superheroes... and that I was one of them. The highest-grossing non-English-language film of all time, The Intouchables reveals the life of a charismatic con man, Abdel Sellou (played by the award-winning actor Omar Sy), whose friendship with a disabled French aristocrat, Phillippe Pozzo di Borgo, inspired the record-breaking hit movie. You Changed My Life is Abdel Sellou's memoir of growing up on the streets of Paris as a cheeky young Algerian immigrant, honing his talents as a petty thief and scam artist before meeting the man who would forever change his life, as Abdel would change his. In 1992, Count Phillippe Pozzo di Borgo, on the heels of his wife's diagnosis with a terminal illness, suffered a paragliding accident that left him a quadriplegic. Forty-two years old, trapped inside his luxurious Paris town house, he was an outcast for the first time in his life. Abdel, an unemployed Algerian immigrant who had been an outcast for his entire existence, would become Phillipe's unlikely caretaker. Quick-thinking, unsentimental, and more than a little wild, Abdel surprises both himself and his employer by developing an unswerving loyalty - and orchestrating more than a few adventures - that help restore Phillipe's appetite for life. The story of Abdel's friendship with Phillipe has already touched the hearts of millions. Now his personal story of transformation from a kid who cares for no one to the person he is today will affect many more.