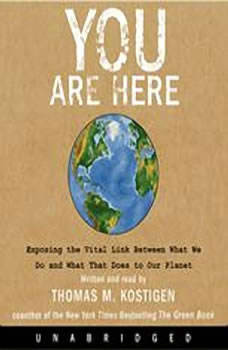 “A passionate and heartfelt call to care.”—Bruce Feiler, New York Times bestselling author of Walking the Bible and America’s Prophet In You Are Here, Thomas Kostigen, the New York Times bestselling co-author of The Green Book, takes us to the most extreme environmental areas on the planet to show how what we do from the comfort of our own home affects people, places, and things everywhere. A timely, much-needed alarm that recalls Al Gore’s An Inconvenient Truth combined with a compelling travel narrative reminiscent of Anthony Bourdain with straight ahead Anderson Cooper-like reporting, You Are Here is “an intriguing and insightful account that deserves to be read by everyone” (Mark Plotkin, Time Magazine Hero for the Planet).

Award-winning journalist Simran Sethi explores the history and cultural importance of our most beloved tastes, paying homage to the ingredients that give us daily pleasure, while providing a thoughtful wake-up call to the homogenization that is thr...

"Read it, please. Straight through to the end. Whatever else you were planning to do next, nothing could be more important." —Barbara KingsolverTwenty years ago, with The End of Nature, Bill McKibben offered one of the earliest warnings about ...