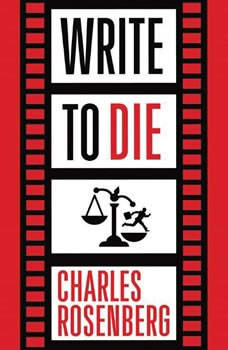 Hollywood’s latest blockbuster is all set to premiere—until a faded superstar claims the script was stolen from her. To defend the studio, in steps the Harold Firm, one of Los Angeles’s top entertainment litigation firms and as much a part of the glamorous scene as the studios themselves. As a newly minted partner, it’s Rory Calburton’s case, and his career, to win or lose.But the seemingly tame civil trial turns lethal when Rory stumbles upon the strangled body of his client’s general counsel. And the ties that bind in Hollywood constrict even tighter when the founder of the Harold Firm is implicated in the murder. Rory is certain the plagiarism and murder cases are somehow connected, and with the help of new associate Sarah Gold—who’s just finished clerking for the chief justice—he’s determined to get answers. Will finding out who really wrote the script lead them to the mastermind of the real-life murder?