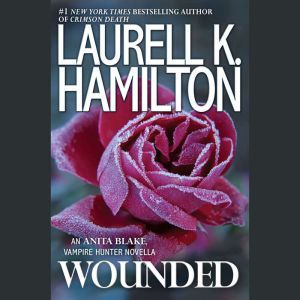 Be proud of Life’s battle scars, it means you were stronger than whatever hurt you, and you didn't die—and Anita Blake, Vampire Hunter and U.S. Marshal will be the first to show you hers in this sweet and sexy story of celebration and connection from #1 New York Times bestselling author Laurell K. Hamilton.

Anita attends the wedding of her close friend but finds that even on the happiest of days there are wounds that need healing. She and the wereleopards Micah and Nathaniel are asked to talk to the bride’s thirteen-year-old brother, Tomas, who is struggling to recover from a recent gunshot wound. Depressed and demoralized, Tomas isn’t doing his physical therapy and could spend the rest of his life in a wheelchair...

How can Anita, Micah, and Nathaniel convince Tomas that he can heal when he's given up? They tell him about their own scars and how they took back their own lives after they were wounded. And Anita will realize how lucky they are to have not only survived their pasts, but to now be able to make their own formal commitment to each other— and the vampire in her life...

“Hamilton remains one of the most inventive and exciting writers in the paranormal field.”—#1 New York Times bestselling author Charlaine Harris

“If you’ve never read this series, I highly recommend/strongly suggest having the Anita Blake experience. Vampires, zombies, and shifters, oh my! And trust me, these are not your daughter’s vampires.”—Literati Book Reviews 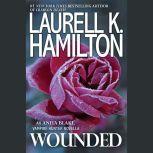