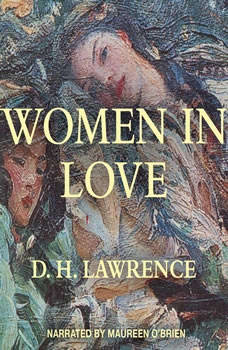 "Let us hesitate no longer to announce that the sensual passions and mysteries are equally sacred with the spiritual mysteries and passions," wrote D. H. Lawrence in Women in Love, his masterpiece heralding the erotic consciousness of the twentieth century. Lawrence explores love, sex, passion, and marriage through the eyes of two sisters, Gudrun and Ursula Brangwen. Intelligent, incisive, and observant, the two very different sisters pursue thrilling, torrid affairs with their lovers, Rupert and Gerald, while searching for more mature emotional relationships. Against a haunting World War I backdrop of coal mines, factories, and a beleaguered working class, Gudrun and Ursula's temperamental differences spark an ongoing debate regarding their society, their inner lives, and the mysteries between men and women. Lawrence considered this to be his best novel.