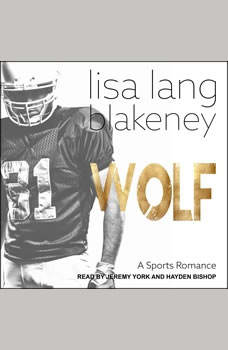 From bestselling author Lisa Lang Blakeney, comes a new standalone, billionaire boss romance set in the world of professional football. Ursula: How many ways do I need to say—I quit? My family thinks I'm crazy, my astrology chart says it's a mistake, but after three years of carefully molding the highly narcissistic Cooper Barnes into the "athlete influencer" of the year— I quit. He won't care anyway. Whether they work for him or sleep with him, women have always been expendable to the billionaire baller. Even me. Cooper: What is wrong with Ursula Owens? It's like she woke up one day this whole new person. A woman I don't recognize. One day she was my quirky, highly organized assistant, happily managing my entire life for me. The next she is handing in her resignation with no warning and no good reason. Good thing I know what I want. I may have met her by chance, but I'm keeping her by choice. Just maybe our love story is fated after all. Contains mature themes.