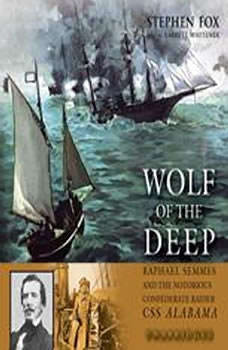 Wolf of the Deep

In 1862, Confederate Captain Raphael Semmes took over the new warship the Alabama, and became the most hated and feared man along the Union coast, as well as a Confederate legend. Here is the tale of Captain Semmess remarkable wartime exploits, told with a vivid sense of the excitement and danger of the time.

Reader was almost enough to get me to abandon this book. He reads, at least initially, every clause like it was a bullet-point in a PowerPoint presentation. Eventually, I acclimated to the reader. Semmes was an interesting person, but not so interesting that I think anyone would have written his biography, had he not been captain of CSS Alabama. I read military histories of the American Civil War because, in my civilian, non-historian opinion, they show the progression from nice uniformed-army-vs-uniformed-army warfare to modern total warfare. What I found in this book was the grandmother of the U-boat.