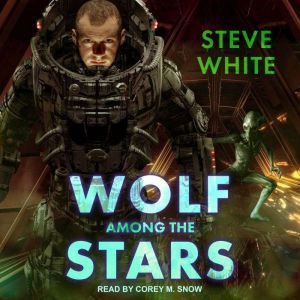 Wolf Among the Stars

A near-future Earth has shaken off the devastating colonization by alien Lokaran invaders and totalitarian rule by the alien's puppets, the Earth First party. But now Earth is flung into galactic intrigue and war. The Lokaron empire teeters on the edge of a fratricidal meltdown and a cabal of ancient enemies hope to use Earth as a proxy to destroy the empire and rule over a new Galactic dark age. Now Captain Andrew Roark, the son of heroes of the rebellion and an officer trained in Lokaran space warfare tactics, joins with a highly capable Lokar who opposes the empire but wishes to see it transformed rather than destroyed. Together they must uncover a conspiracy to control Earth, and then obtain the secret key to defeating it. War for galactic control looms, and freedom for Earth-so recently escaped from under the boot-heel of one oppressor-is once again in the balance.