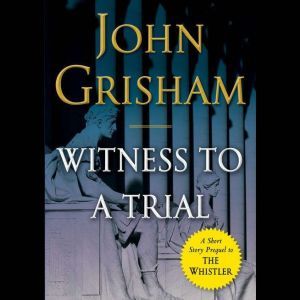 Witness to a Trial: A Short Story Prequel to The Whistler

A startling and original courtroom drama from New York Times #1 Bestseller John Grisham that is the prequel to his newest legal thriller, THE WHISTLER

A defense attorney in over his head.

A prosecutor out for blood and glory.

The accused, who is possibly innocent.

And the killer, who may have just committed the perfect crime.