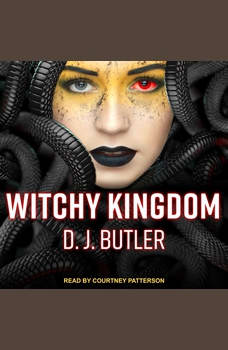 SEASON OF THE WITCH An encounter with her father's goddess has not turned out to be the end for Sarah Elytharias Penn. Now, with the Imperial fist tightened around her city of Cahokia and the beastkind of the Heron King ravaging across the river, she must find a way to access the power of the Serpent Throne itself-a feat, she has learned, that her father never accomplished. To complicate her efforts, Cahokia's Metropolitan, a beloved and charismatic priest who despises the goddess as a demon, returns from a long pilgrimage and attempts to finalize the Wisdom-eradicating reform that dogged Sarah's father when he was king. Meanwhile, Sarah's brother Nathaniel and her brilliant but erratic servant Jacob Hop find their steps dogged by the Emperor's Machiavel, Temple Franklin, as they hunt in New Amsterdam for the third Elytharias sibling. As Simon Sword's destroying storm threatens from the south and west, and New Orleans is thrown into deadly turmoil when a vodoun priest and mameluke assassins contend for ultimate power and control of the Mississippi, the chance for a unified New World teeters on the brink. Sarah Penn understands she may face a hard fate in the final reckoning. But she also knows that only she can access the power of the Throne-if she can find the Wisdom inside to unlock it.