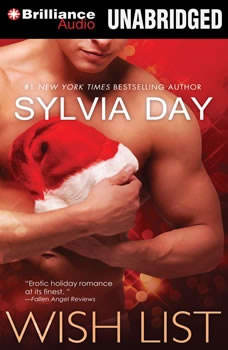 When Nicholas James draws Stephanie Martin's name in their law firm's Secret Santa exchange he knows he's in for a merry Christmas - if he can figure out what to give the woman he's wanted for months. When he works late and finds a crumpled piece of paper listing Steph's personal wish list, he knows he's in luck. Because all Steph wants for Christmas is him, in a number of naughty ways. And not-so-saintly Nick is going to make every one of her carnal wishes come true.