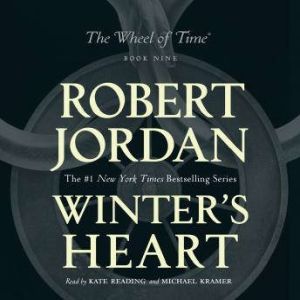 Winter's Heart: Book 9 of the Wheel of Time

The Wheel of Time ® is a PBS Great American Read Selection! Now in development for TV! Since its debut in 1990, The Wheel of Time® by Robert Jordan has captivated millions of readers around the globe with its scope, originality, and compelling characters.The Wheel of Time turns and Ages come and go, leaving memories that become legend. Legend fades to myth, and even myth is long forgotten when the Age that gave it birth returns again. In the Third Age, an Age of Prophecy, the World and Time themselves hang in the balance. What was, what will be, and what is, may yet fall under the Shadow.Rand is on the run with Min, and in Cairhein, Cadsuane is trying to figure out where he is headed. Rand's destination is, in fact, one she has never considered.Mazrim Taim, leader of the Black Tower, is revealed to be a liar. But what is he up to?Faile, with the Aiel Maidens, Bain and Chiad, and her companions, Queen Alliandre and Morgase, is prisoner of Savanna's sept.Perrin is desperately searching for Faile. With Elyas Machera, Berelain, the Prophet and a very mixed "army" of disparate forces, he is moving through country rife with bandits and roving Seanchan. The Forsaken are ever more present, and united, and the man called Slayer stalks Tel'aran'rhiod and the wolfdream.In Ebou Dar, the Seanchan princess known as Daughter of the Nine Moons arrives--and Mat, who had been recuperating in the Tarasin Palace, is introduced to her. Will the marriage that has been foretold come about?TV series update: "Sony will produce along with Red Eagle Entertainment and Radar Pictures. Rafe Judkins is attached to write and executive produce. Judkins previously worked on shows such as ABC’s “Agents of SHIELD,” the Netflix series “Hemlock Grove,” and the NBC series “Chuck.” Red Eagle partners Rick Selvage and Larry Mondragon will executive produce along with Radar’s Ted Field and Mike Weber. Darren Lemke will also executive produce, with Jordan’s widow Harriet McDougal serving as consulting producer." —VarietyThe Wheel of Time®New Spring: The Novel#1 The Eye of the World#2 The Great Hunt#3 The Dragon Reborn#4 The Shadow Rising#5 The Fires of Heaven#6 Lord of Chaos#7 A Crown of Swords#8 The Path of Daggers#9 Winter's Heart#10 Crossroads of Twilight#11 Knife of DreamsBy Robert Jordan and Brandon Sanderson#12 The Gathering Storm#13 Towers of Midnight#14 A Memory of LightBy Robert Jordan and Teresa PattersonThe World of Robert Jordan's The Wheel of TimeBy Robert Jordan, Harriet McDougal, Alan Romanczuk, and Maria SimonsThe Wheel of Time CompanionBy Robert Jordan and Amy RomanczukPatterns of the Wheel: Coloring Art Based on Robert Jordan's The Wheel of Time 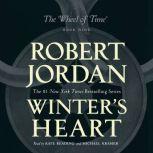