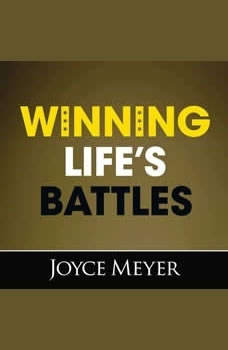 God doesn’t want you to tackle adversity on your own. Yet, if you’re like many people, you spend a lot of time struggling to make it through difficult situations—often battling fear, doubt, unbelief and uncertainty. But the good news is God has given you everything you need to come out victorious every time! In this four-part audio download, Joyce shows you how to...Use the power and authority you have through the Word, the Name and the Blood of Jesus Live like a superhero when trouble comes your way Prepare yourself for spiritual warfare Walk in love—the greatest weapon you have against the devil You can be confident that God is ready and willing to help you overcome challenges, fight to restore what’s been lost and provide every weapon you need to combat the enemy when he attacks. Upon purchase, you’ll receive an e-mail communication with a link and instructions on how to download your copy for this resource.