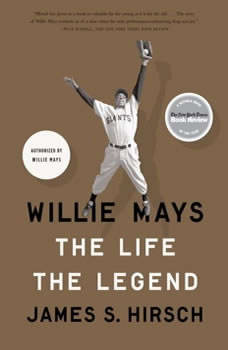 Willie Mays is arguably the greatest player in baseball history, still revered for the passion he brought to the game. He began as a teenager in the Negro Leagues, became a cult hero in New York, and was the headliner in Major League Baseball's bold expansion to California. He was a blend of power, speed, and stylistic bravado that enraptured fans for more than two decades. Now James Hirsch reveals the man behind the player. Mays was a transcendent figure who received standing ovations in enemy stadiums and who, during the turbulent civil rights era, urged understanding and reconciliation. More than his records, his legacy is defined by the pure joy that he brought to fans and the loving memories that have been passed to future generations so they might know the magic and beauty of the game. With meticulous research and drawing on interviews with Mays himself as well as with close friends, family, and teammates, Hirsch presents a brilliant portrait of one of America's most significant cultural icons.