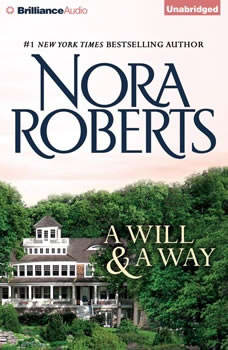 Will and a Way, A

In this classic romance from #1 New York Times bestselling author Nora Roberts, one couples discovers their own way to a happy ending—and a beautiful beginning.…She’d inherited $150 million, but all Pandora McVie wants is her uncle back and her infuriating co-beneficiary, Michael Donohue, gone. But that isn’t part of the plan—one that isolates them both in a Catskills mansion for six months. Pandora knows it won’t be easy living with Michael, but the hardest thing of all might be not falling in love with the man!