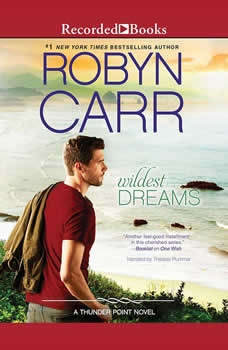 Get swept away with Wildest Dreams, an all-new story by #1 New York Times bestselling author Robyn Carr. Filled with honesty, humor and heartfelt emotion, Carr's latest installment in her beloved Thunder Point series should not be missed!

A New Hope
by Robyn Carr

Starting over is never easy, but in Thunder Point, where newcomers are welcome and friends become family, it's possible to find yourself again. #1 New York Times bestselling author Robyn Carr takes us on a moving and rewarding journey as a young wom...