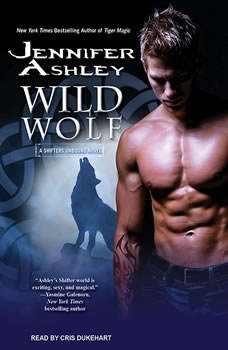 Graham McNeil knows that his pack is unruly, but he's not sure he can take the next step toward pack stability. After losing his first mate long ago, Graham has worked hard to keep his heart in check. Besides, even if he was inclined to choose a new mate, his girlfriend, Misty, is human—a fact that won't sit well with Graham's old-fashioned pack. But Misty is going through a crisis of her own, one that brings danger and death to the pack. With the wolves doubly convinced that there needs to be a shake-up, Graham must now defend his leadership and save the woman he has grown to love—before Shiftertown is pulled into an all-out war.

Eric Warden knows that half-Shifter wildcat Iona is passing for human, living without a Collar in the human world. He also knows that if she does not acknowledge her Shifter nature and her mating hunger, it could kill her.Iona finds the mysteriou...