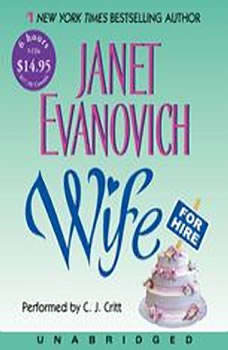 Hank Mallone knows he's in trouble when Maggie Toone agrees to pretend to be his wife in order to improve his rogue's reputation. Will his harebrained scheme to get a bank loan for his business backfire once Maggie arrives in his small Vermont town and lets the gossips take a look?Maggie never expected her employer to be drop-dead handsome, but she's too intrigued by his offer to say no . . . and too eager to escape a life that made her feel trapped. The deal is strictly business, both agree, until Hank turns out to be every fantasy she ever had.