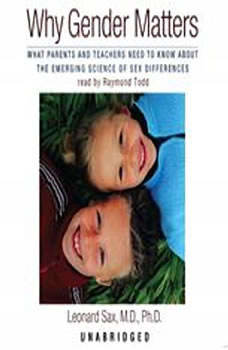 Are boys and girls really that different? In the past twenty years, an avalanche of research has shown that sex differences are more significant than anybody guessed. Gender differences are real, biologically programmed, and important to how children are raised, disciplined, and educated. Dr. Leonard Sax addresses a host of issues, including discipline, learning, risk taking, aggression, sex, and drugs and shows how boys and girls react in predictable ways to different situations.

Do you feel like you're fighting a losing battle with yourself to get motivated to lose weight? Unfortunately, many people will never reach their weight loss goals simply because they can't figure out how to get themselves motivated enough to sti...