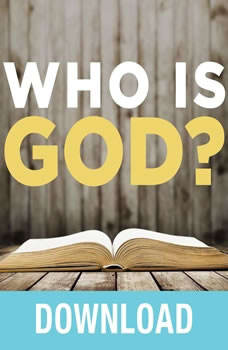 Who Is God?: Discover the Character and Promises of God Revealed in His Names

Life isn’t easy. But the good news is, God is on your side! Who is God? He is Jehovah Jireh, “Your Provider”…Jehovah Rapha, “Your Healer”…and Jehovah Shalom, “Your Peace.” He is JESUS and He is everything you will ever need.