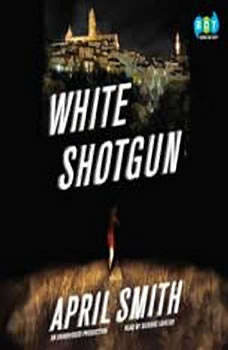 Even on leave from the FBI, Ana can’t kick old habits: when she witnesses a drive-by shooting at an Italian restaurant in London, she helps the injured and gives testimony to the police. Still, it comes as a shock when, soon after, the Bureau contacts her—not because they want her to investigate the shooting, but because they want her to investigate the half sister she never knew she had, Cecilia, who lives in Siena and is married to Nicosa, a coffee mogul with some suspicious connections. Settling into their home under false pretenses is the least of the complications Ana encounters. The entire city of Siena is gearing up for its legendary horse race, the Palio—the dazzling annual culmination of ancient rivalries between the city’s many wards. But when her nephew is stabbed and her sister goes missing, Ana understands with painful clarity that there’s more than a horse race at stake here. And for Ana herself, it will mean an almost impossible choice between duty and family.