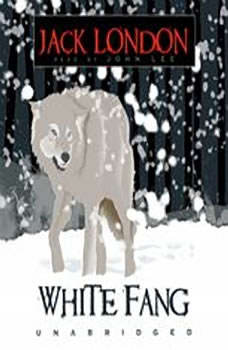 In the desolate, frozen wilds of northwest Canada, a lone wolf fights the heroic daily fight for life in the wild. But after he is captured and cruelly abused by men, he becomes a force of pure rage. Only one man sees inside the killer to his intelligence and nobility. But can his kindness touch White Fang?

The Sea Wolf
by Jack London

“The danger lay in the heavy fog which blanketed the bay, and of which, as a landsman, I had little apprehension.”This is the first line in this tale of a man uprooted and thrust into the unfamiliar and dangerous world of the sealing sai...