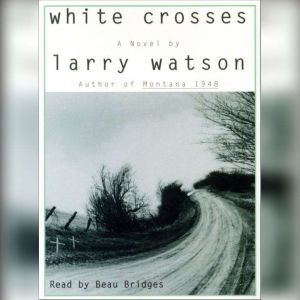 Reading Group Discussion Points The motives behind human behavior are seldom simple or singular. What motivates Jack Nevelsen to act as he does? What about other characters in the novel? The novel's action takes place in 1957. Could it have happened in the 1990's? The 1950's are often characterized as a buttoned-up, repressed decade. In what ways can White Crosses be read as a novel about repression?What role does the community of Bentrock play in influencing the behavior of various characters? Jack Nevelsen concocts a lie because he believes the truth will damage his community. What is the source of his belief? Does it come primarily from his knowledge of the town and its citizens or from his own character? From what you learn of the town, is his belief justified? Telling a lie seems to release something in Jack Nevelsen's nature. What is it? Why does it? Much of the novel is concerned with Jack Nevelsen's perceptions, which are wrong almost as often as they are right. What are examples of both his accurate and inaccurate perceptions? Through the course of the novel, what aspects of his own personality is Jack Nevelsen forced to confront? How might the relationship between Jack and Nora Nevelsen be described? Why does Jack Nevelsen suspect his wife of having had an affair?How would you characterize the lie that Jack Nevelsen devises? Is it naive? Desperate? Evil? In the classical Greek tragedy, the hero, through pride and arrogance, brings about his own downfall. Is this true about Jack Nevelsen?