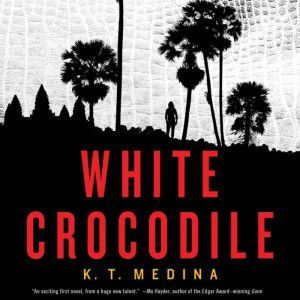 One of Booklist's Best Crime Novels of the Year Tess Hardy thought she had put Luke, her violent ex-husband, firmly in her past. Then he calls from Cambodia, where he is working as a mine-clearer, and there's something in his voice she hasn't heard before: Fear. Two weeks later, he's dead. Against her better judgment, Tess is drawn to Cambodia and to the killing fields. Keeping her relationship to Luke a closely guarded secret, Tess joins his team of mine clearers, who are shaken to the core by Luke's sudden death. Even in their grief, the group remains a tightly knit and tightly wound community in which almost everyone has something to hide. At the same time, the circle of death begins to expand. Teenage mothers are disappearing from villages around the minefields, while others are being found mutilated and murdered, their babies abandoned. Everywhere there are whispers about the White Crocodile, a mythical beast that brings death to all who meet it. Caught in a web of secrets and lies, Tess must unravel the truth, and quickly. The crocodile is watching, and Tess may be its next victim. Combining the technical expertise of military suspense with a richly drawn sense of place, White Crocodile forges new ground in the thriller genre. Medina's internationally acclaimed debut announces the arrival of a prodigiously talented novelist whom readers will be discussing for years to come.